Those are all I have planned out for now. After the half-marathon I am debating running another one the following weekend with a friend, but as a recovery… kind of expensive to do both though, so we shall see!

My running career did not begin until the end of my senior year of high school. I actually was a swimmer for 11 years; practicing 6 days a week for about 3 hours a day, an enormous commitment! Longer distance events, such as the 200, 500, and 1650 free were my favorite races. However, in February of my senior year, I was beyond sick of swimming and quit! I was not planning to swim in college and was ready to start something different….
And this is where RUNNING comes in!

It has taken me about three years to reach the level I am at, and my best advice for any new runners is to stick with it! I was soooo slow when I first began, but gradually built up my endurance and am now in love with the sport, and run on my school’s cross country team.

I have participated in a number of 5ks, a few 10ks, one half-marathon, a few sprint triathlons, and one olympic distance triathlon. Every single one of these were their own special experience, and every time I finish a race, the accomplished feeling I get is truly amazing. If anyone is contemplating running their first 5k, I say…GO FOR IT! 🙂

I also ran a “Mud Run” which was a 10k distance, battling through mud pits, jumping over walls, wading through ponds, and various other obstacles. It was one of the most fun experiences i have ever had! 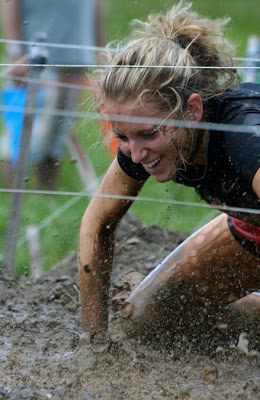 4 responses to “Running and Races”